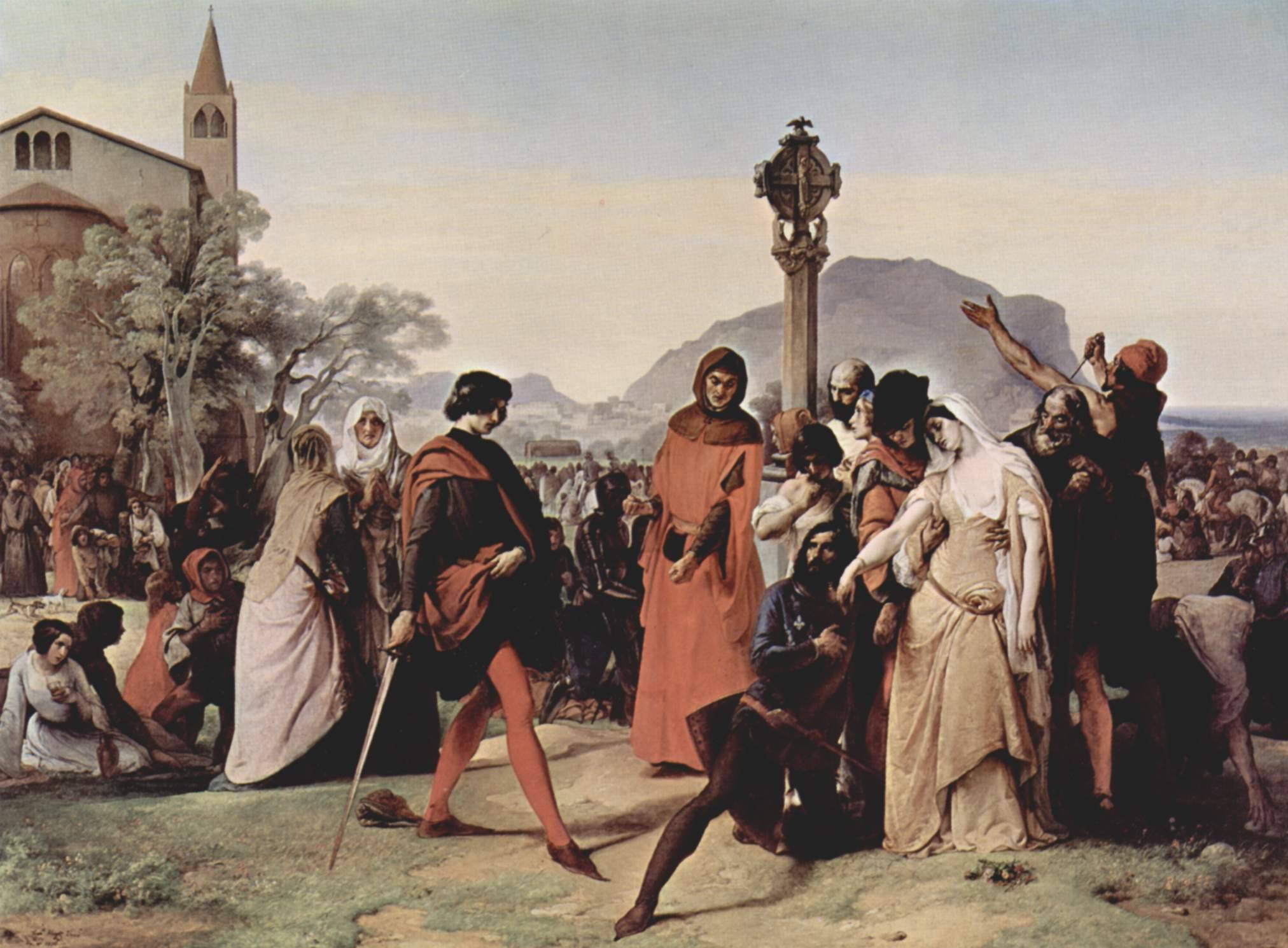 After the death of Frederick II, the Kingdom of Sicily passed to the French of Charles of Anjou, a period of anarchy that ends in the struggle best known with the name of “Sicilian Vespers”.

31st March 1282. People gathered in the Church of the Holy Spirit to celebrate the function of the Vespers. A French Army soldier outrages a young noblewoman putting his hands on her with the pretext of searching. In the meantime her partner decides to intervene, subtracting the sword to the soldier and killing him. Since that moment, the revolt began, a true “hunt to the French” which spread quickly throughout the island, turning into a massacre.

It is said that the Sicilians used a  linguistic stratagem to identify the Frenches camouflaged among the common people, showing them chickpeas ( “ciciri», in Sicilian dialect) and asking them to pronounce the name: those who were betrayed by their French pronunciation (sciscirì) were immediately killed.